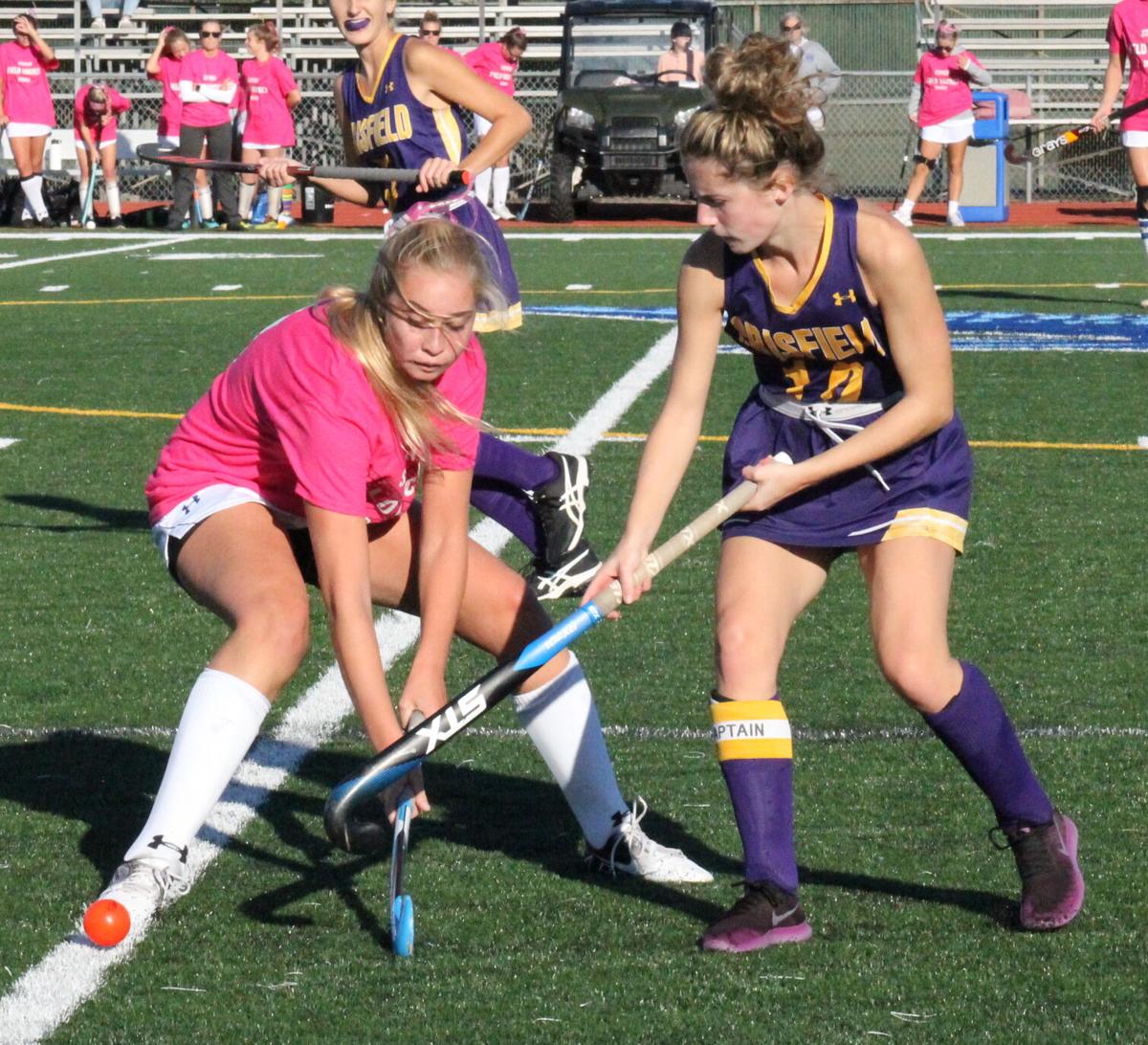 Stephen Decatur freshman Allison Swift battles for the ball with a Crisfield player during Tuesday’s game in Berlin. The match ended in a 2-2 tie. 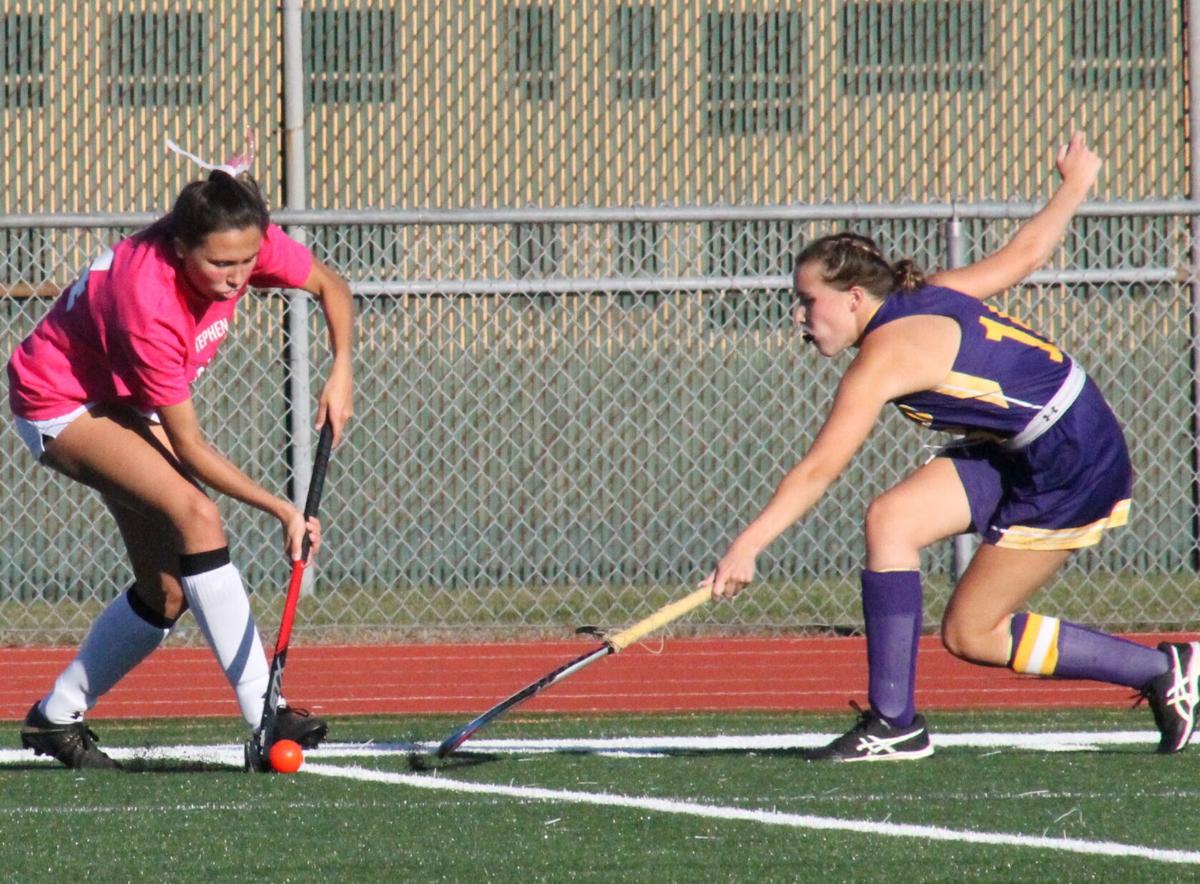 Stephen Decatur freshman Allison Swift battles for the ball with a Crisfield player during Tuesday’s game in Berlin. The match ended in a 2-2 tie.

Freshman Ryleigh Smith scored off a junior Bre Ferguson pass in the second quarter of Monday’s match in Saint Michaels. The Saints tied it up 42 seconds before halftime.

“We were down a starter on defense, so we changed positions up a bit. We had to adjust to that,” said Decatur Coach Katie Griffin. “We were getting free hits and not doing anything with them. We also talked about trying to switch the field.”

Griffin said her team was lucky to get out of the third quarter without getting scored on. Then, Smith gave Decatur the go-ahead goal with 12 minutes left in the fourth quarter.

“She batted it out of the air and scored,” Griffin said. “Before the fourth quarter we told them there’s 15 minutes left, we know you’re tired but give it all you got. They started to play smarter and made sure they had layers and backed each other up. They worked hard.”

Junior goalie Sarah Smith had one of her best games, Griffin said. She recorded seven saves.

The next day, Crisfield came to Berlin for competition.

The Crabbers made it 2-1 in the second quarter, then tied it up in the final seconds of the third.

The teams played 7v7 in two 10-minute overtimes. Since neither scored they then went into 1v1s, where each player started on the 25-yard line and had 10 seconds to score a goal.

“It was a disappointing factor having to go in to overtime. We came out with momentum, but then we couldn’t find our groove,” Coach Griffin said. “It was the first time we played back-to-back games and they were a little tired from [the day before]. They were not as fresh as they could have been. When you’re tired you have to play smarter and we didn’t. We couldn’t find our groove and we were not playing like I know we can play.”

Crisfield scored its first attempt. Senior captain Hannah Short made it 1-1 on her team’s second opportunity. Neither squad scored on their third or fourth shot attempts.

The Crabbers netted their fifth, which then brought up Griffin. She took the ball to goal and shot, which the Crisfield goalie cleared. Griffin quickly got the ball at the top of the circle and blasted a rocket shot into the goal to make it 2-2.

“I was really proud of her,” Coach Griffin said of her daughter. “It was a great moment. After the game and overtime she took the stage as the last man standing. She didn’t give up, she gathered herself and got the ball back and scored.”

Smith recorded five saves in regulation and three in overtime.

Partly cloudy skies during the morning hours will become overcast in the afternoon. High 43F. Winds NNW at 5 to 10 mph.