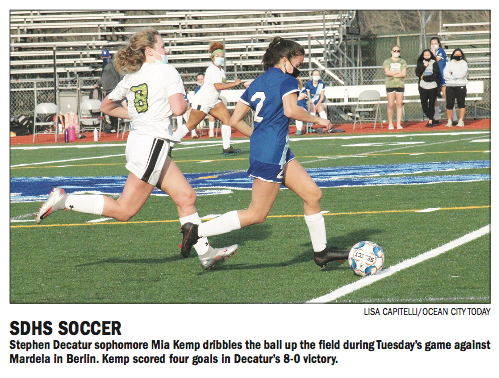 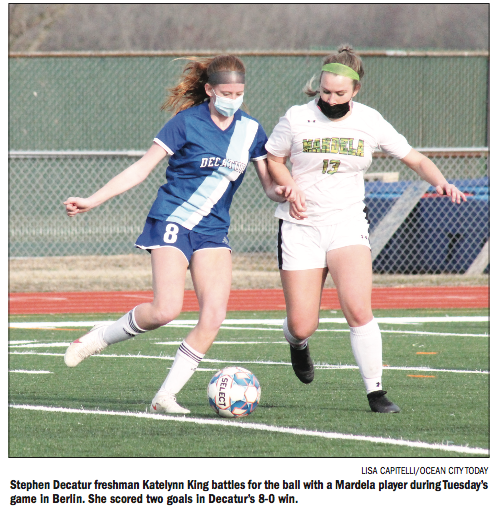 “I think they played well. I think they executed what we worked on these past couple days,” said Assistant Coach Jon Johnson. “They moved the ball out of the back quickly, they played out wide and then they played back into the middle. We just take this game and this performance into [the next game].”

Sophomore Eva Luzier and freshman Katelynn King scored one goal each in the first half.

Sophomore Mia Kemp netted four goals in the second half, and King and freshman Kayla Rocco scored one each.

Decatur will host the James M. Bennett Clippers on Tuesday at 4 p.m. in Berlin.

Each athlete was originally allotted two family passes for spectators for the season home games, paid for in advance. It has now been extended to five passes, which are non-transferable. For more information, call the school at 410-641-2171.

Spectators must wear masks and social distance in the stands.

No visiting team spectators are allowed. Sports fan can watch all of Decatur’s home games live on the school’s YouTube channel.

Thunderstorms in the morning, then cloudy with rain likely in the afternoon. High 78F. Winds NW at 10 to 15 mph. Chance of rain 90%.