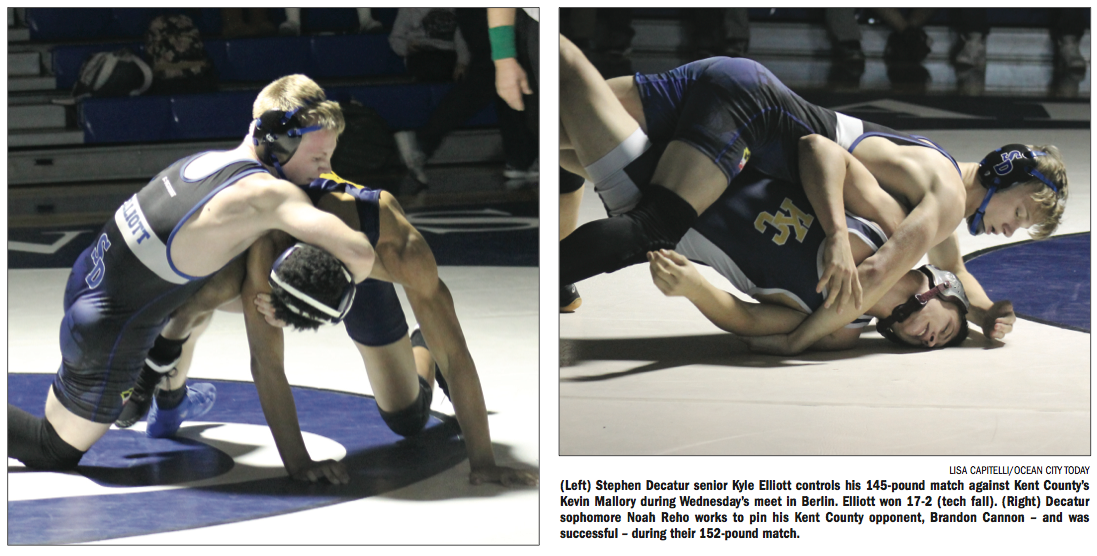 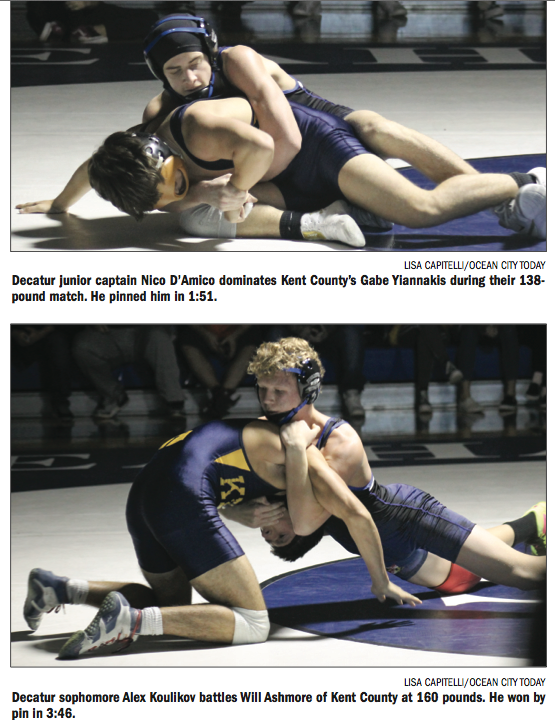 (Dec. 20, 2019) The Stephen Decatur wrestling team dominated its tri-meet with the Kent County Trojans and Cambridge Vikings on Wednesday in Berlin.

“I’m pretty ecstatic. You wrestle some teams and you’re like, you’re kind of ready for a letdown,” said Decatur Coach Todd Martinek. “You just think there’s going to be one match somebody lets us down or didn’t do well, but after that dual meet I can only think of kids that did better than I thought they would do.”

“We wrestled great. It’s fun when you can see what you’re doing in practice all week and they actually do it [in matches]. It’s exciting,” Martinek said. “There’s just great camaraderie amongst the team this year. It’s fun. They’re having fun.”

“Last year we took third,” he continued. “We’ve been going to the tournament for about seven years and we’ve never won it. Our goal is to win it.”