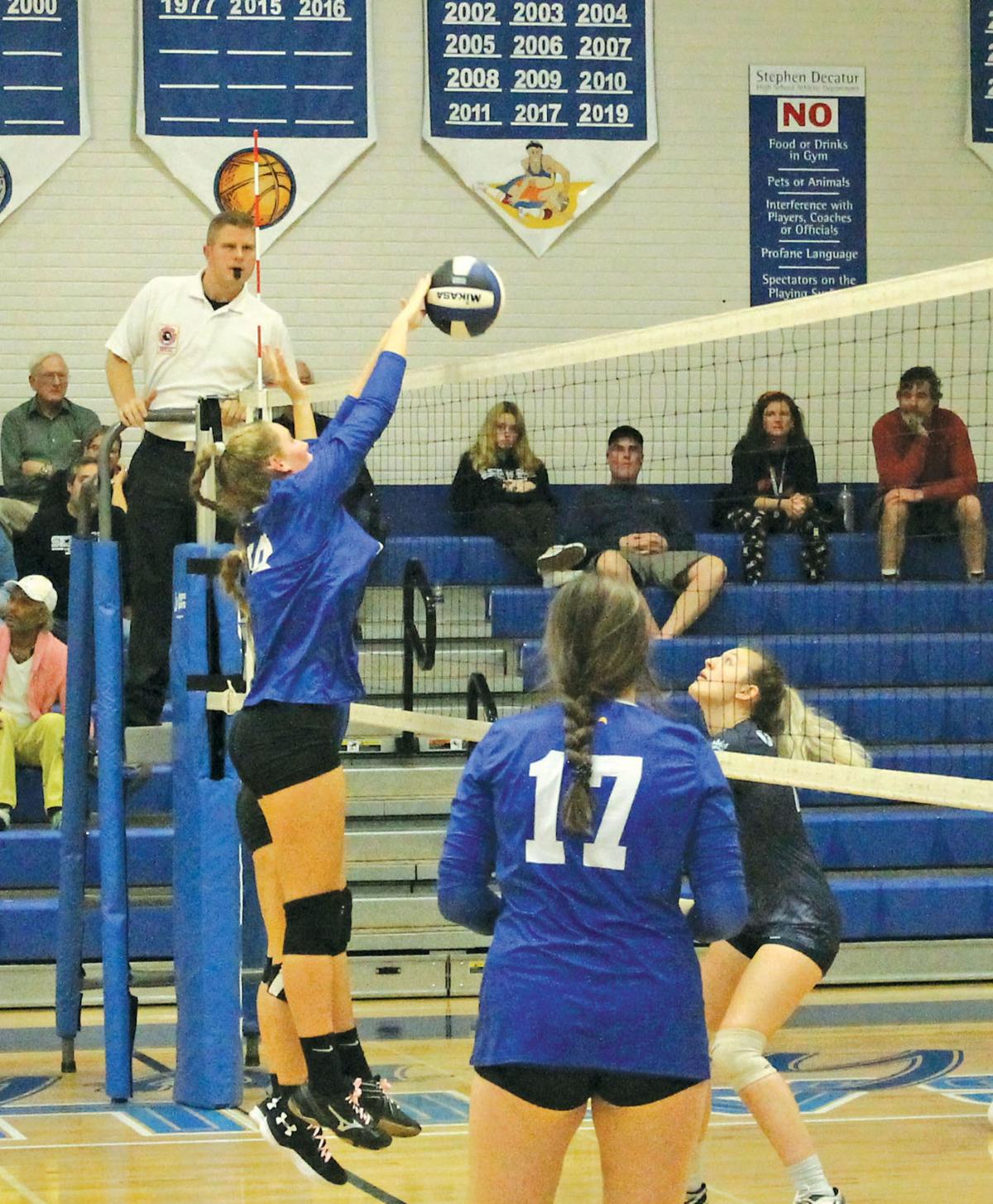 Stephen Decatur senior captain Summer Vorsteg puts the ball down during the first round of the 3A South Region II tournament against Chesapeake in Berlin last Thursday. 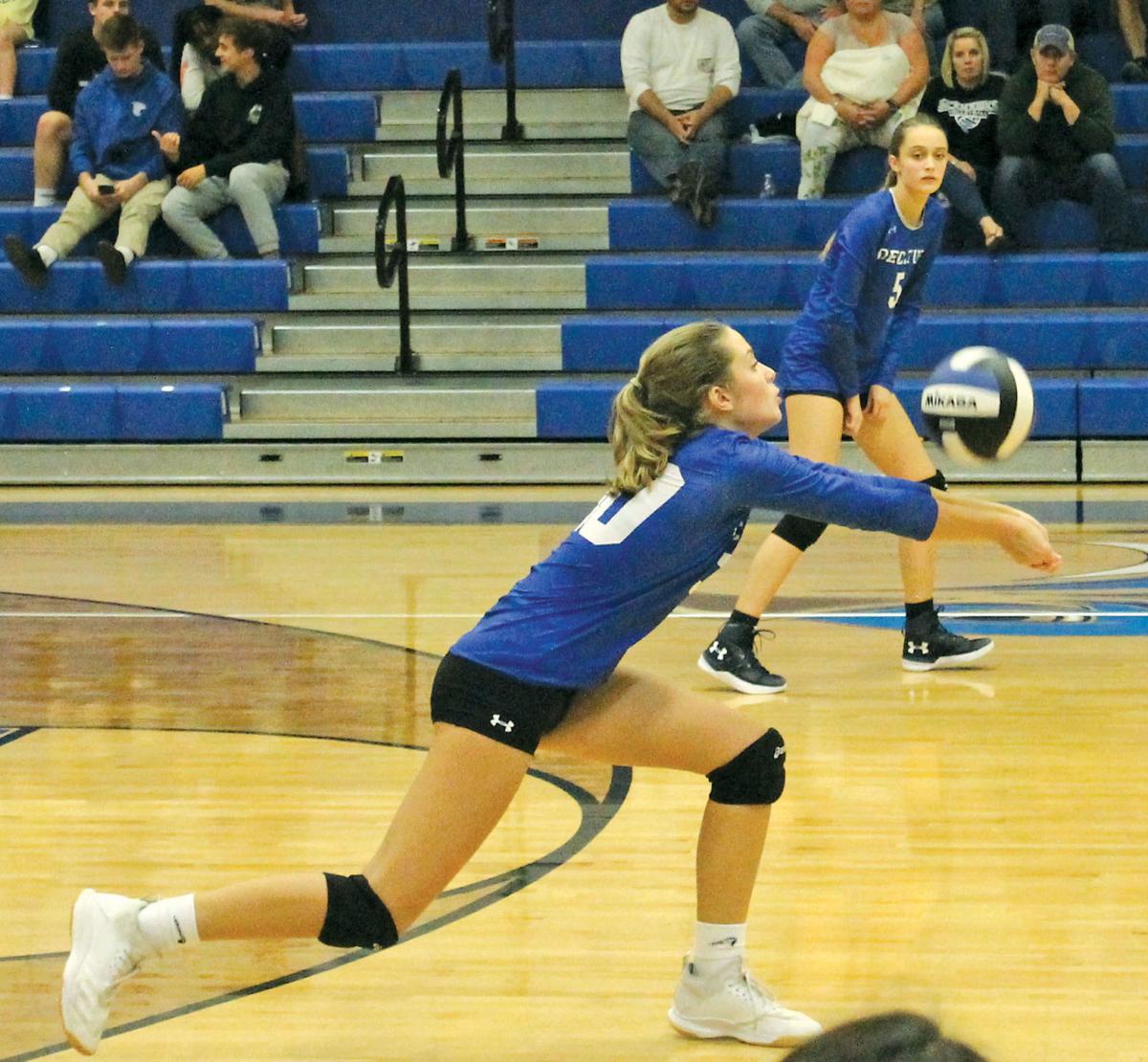 Stephen Decatur senior captain Summer Vorsteg puts the ball down during the first round of the 3A South Region II tournament against Chesapeake in Berlin last Thursday.

(Nov. 8, 2019) The Stephen Decatur volleyball team’s season came to an end with a loss to the Chesapeake Cougars of Anne Arundel in the 3A South Region II tournament first round.

The third-seeded Lady Seahawks hosted the No. 6 Cougars last Thursday in Berlin.

“The girls were nervous and it showed,” said Decatur Coach Sara Patrick. “They made a lot of unforced errors and weren’t as aggressive at the net.”

Decatur finished the season with a 10-6 record.

“All of the girls showed a lot of growth throughout the season and worked well as a team,” Patrick said. “We had four seniors who were our captains and all did a great job leading the team.”

Patrick presented the team MVP award to Gallagher, who she said “was our most consistent and skilled player.”

“Our other seniors were Mae [Purnell], Summer and Lauren [Kennard],” Patrick said. “Mae did a great job playing all the way around the court. She was strong at covering and defended the net. Summer did an amazing job at middle and was instrumental in blocking. Lauren kept everyone’s spirits up and covered the back row.”

“Her positivity and leadership was instrumental in many of our wins,” Patrick said.

Junior Taylor Barrett received the Most Improved Award because of her determination to become the best defensive player, Patrick said.

Junior Allie Marx earned the Coaches Award for her dedication to the team, her ability to bring her teammates up and her willingness to do whatever the team and coaches needed, Patrick said.

Although four players will graduate, Patrick thinks the team will be solid next year.

“I am looking forward to next season and continuing to build our program,” she said. “We have a good group coming up to varsity to enhance our already strong team.”