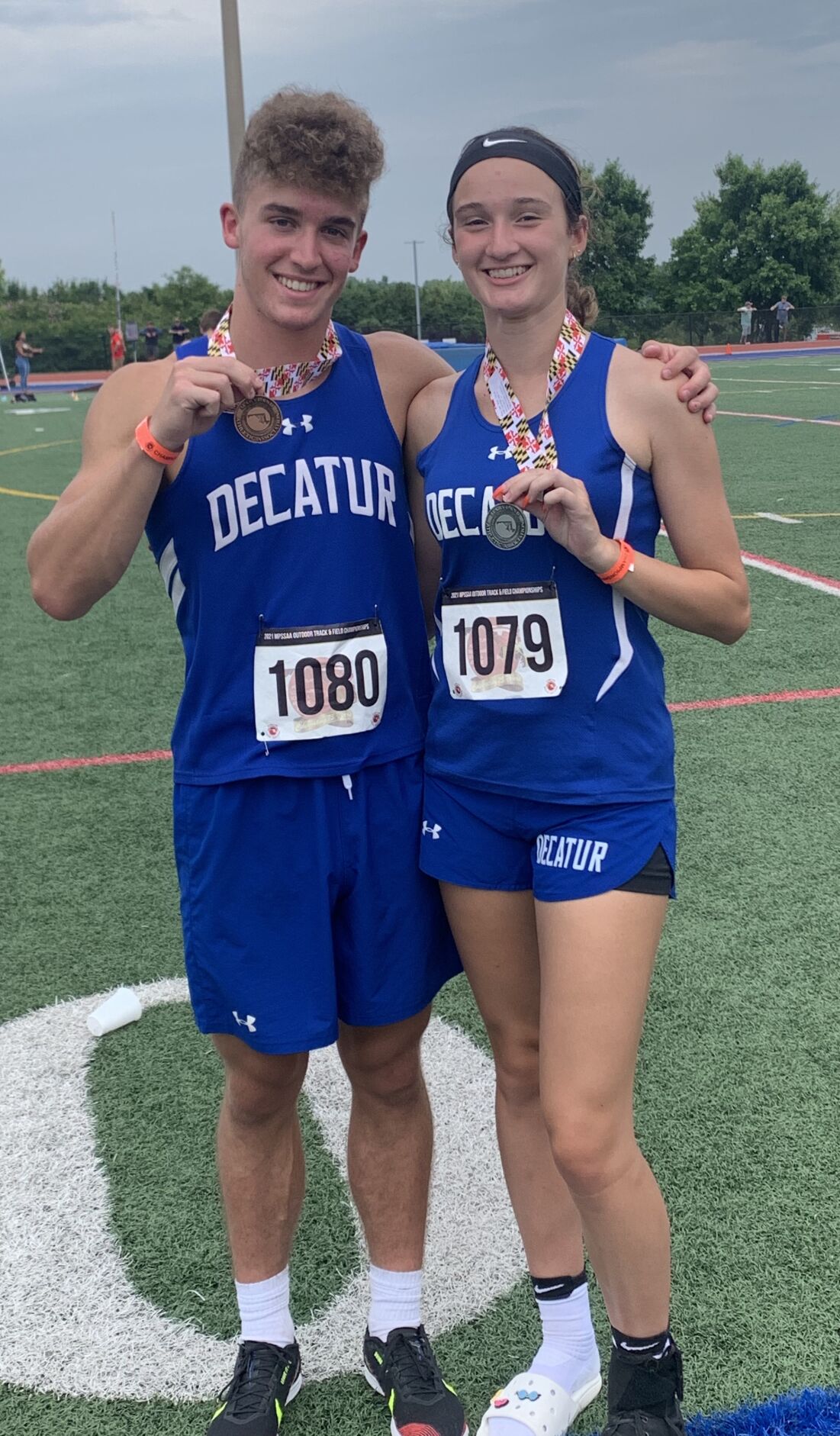 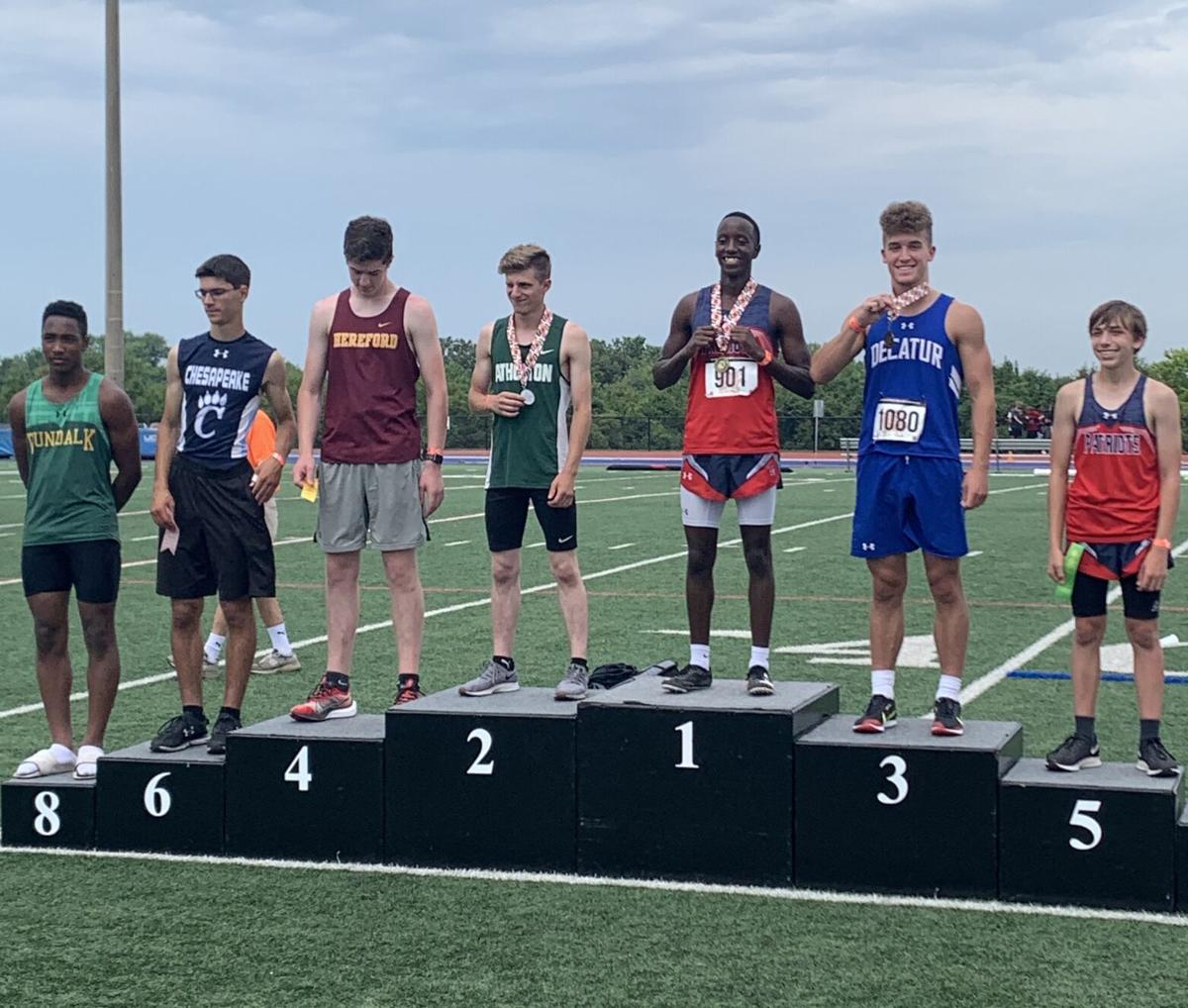 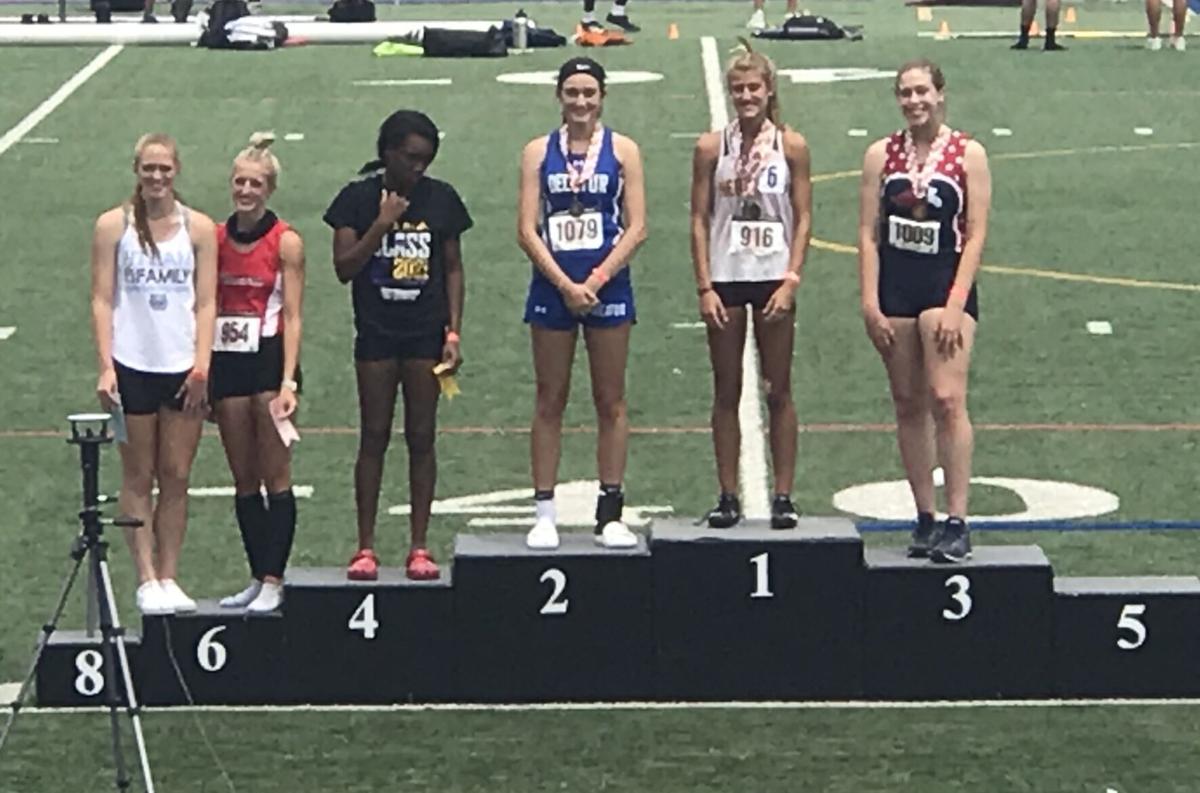 “Overall they did pretty well. For both of them it was their season best, which is the goal,” said Decatur Coach Jody Stigler. “It was Jessica’s last time and I’m happy for her she had her best performance. If Owen keeps working hard, hopefully he can come back and do even better next year.”

Janney was hoping to get back to the state meet after she tied for eighth place her sophomore year, her first season competing in high jump. There was no outdoor track season last year because of covid, so when she qualified for states as a senior, she was thrilled.

“I was very excited that there even was a state meet, because in the beginning of the season we were told there wouldn’t be one,” she said. “I came in saying this is my last year and I just want to enjoy the moment, and whatever happens, happens. It was fun in general just to compete. It was a great way to end my senior year.”

Janney recorded a high jump of 5 feet 2 inches, good for second place. She got it on her second attempt. Janney tried for 5 feet 4 inches, which would have been her career best and a school record, but she came up a little short.

“I was close. I had a good shot at it, but it just didn’t work out,” she said. “I think I did really well. I got eighth my sophomore year, to nothing last year because of covid, to coming back this year and getting second, that’s really good.”

She holds the current high jump school record with Billie Jo Burbage (1994) and Brittany Harris (2005). She accomplished that height first during regionals her sophomore year.

“I originally tried out for track just for fun and I’m thankful I did because it’s become my favorite sport,” she said. “I didn’t think I’d be so good at it. It’s been a big part of my life.”

Janney did long and triple jump her freshman year and added high jump her sophomore year. She did all three this season.

Janney is headed to the University of Delaware, where she will major in marine sciences, and wants to try out for the school’s club or maybe even the main track team, she said.

Mielnik, who placed first in the regional event to advance to states, pole vaulted 13 feet to win third place in the championship meet.

He was pleased with his performance at 12 feet, 12 feet 6 inches, and 13 feet, clearing the bar easily on his first attempts.

He decided to change things up a bit at 13 feet 6 inches, but those adjustments didn’t work out.

“I felt pretty good. I just didn’t stay consistent,” he said. “I just got in my head. My run wasn’t as consistent. I was so excited with my performance [leading up to 13 feet 6 inches], I decided to change things up to do better, but I should have stuck with what was I was doing.”

Mielnik said he is looking forward to next season and is confident he can do better.

“I’m hoping to win it next year as a senior,” he said.

Twice a week he travels about 2.5 hours to the Philadelphia Jump Club for pole vault training. He has several tournaments planned for the summer and fall, in New York, DC, Virginia and possibly other locations.