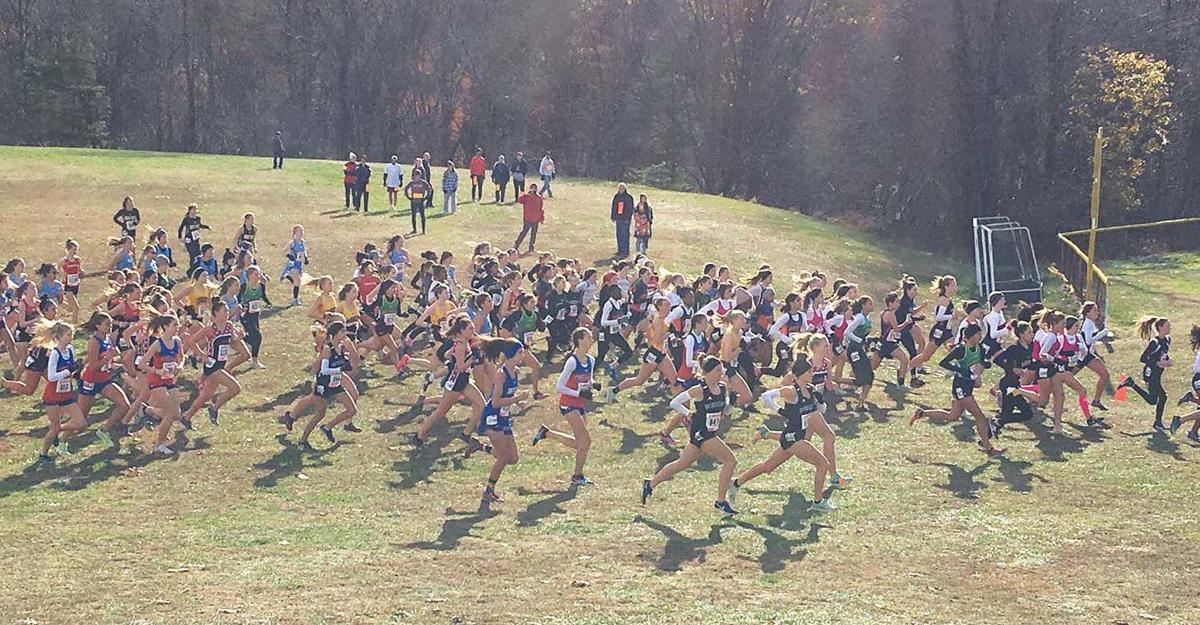 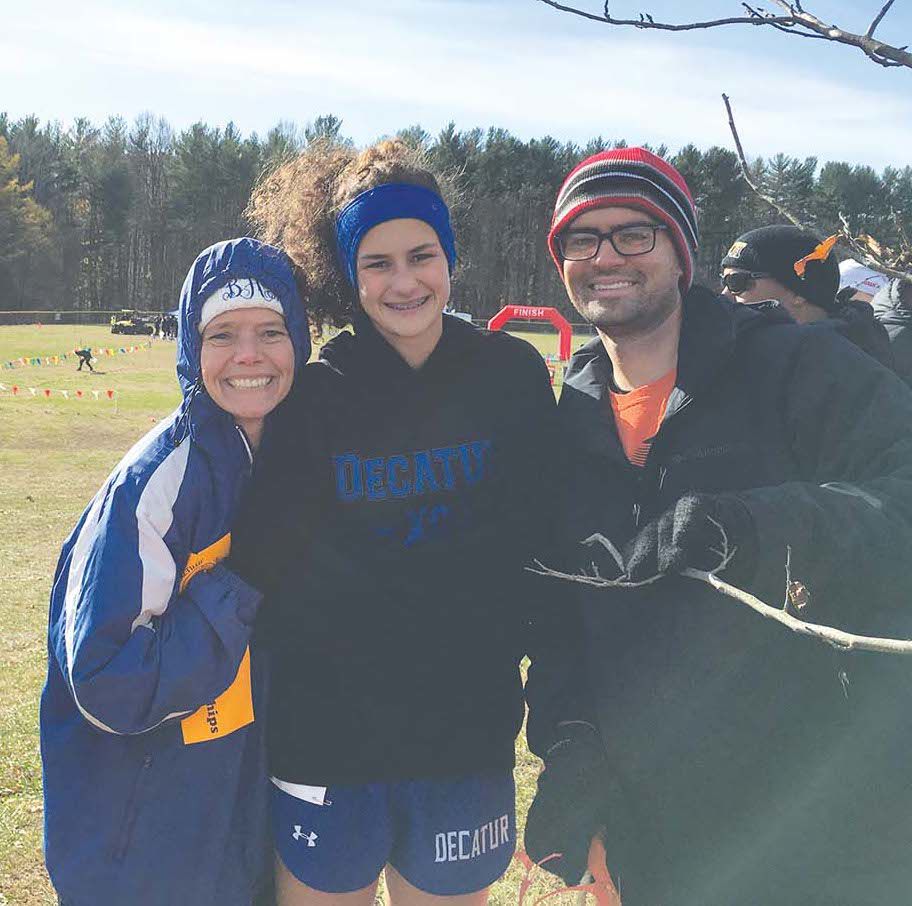 Mary Mergott poses with her Stephen Decatur cross country coaches, Brenda Hommel and Jody Stigler, during the 3A state championship meet, last Saturday at Hereford High School. The temperature was about 25-30 degrees at the start of the race, Stigler said.

Mary Mergott poses with her Stephen Decatur cross country coaches, Brenda Hommel and Jody Stigler, during the 3A state championship meet, last Saturday at Hereford High School. The temperature was about 25-30 degrees at the start of the race, Stigler said.

“I thought Mary did pretty well at states. The competition was pretty fast, but that is what we expected,” said Decatur Coach Jody Stigler.

Mergott said she didn’t start out as fast as she originally planned, then found herself trying to catch up.

“I didn’t know what to expect going into that high level of race,” she said. “Everyone started out extremely fast. I started further back than I should have. I didn’t react to how the other girls were running.”

The rolling hills throughout the course also gave Mergott some trouble.

“The hills were where I really needed to catch up, but I just wasn’t as good as the other girls [in those spots],” she said.

Despite not accomplishing her goal, Mergott still finished the race in 23:19.47, 107th overall.

She also improved her time from the last race on that course – the Bull Run Invitational, on Sept. 21, when she finished in 23:53.

“I think as Mary gets into more races with this type of competition it will make her more comfortable, so it was definitely a positive from that perspective,” Stigler said.

Mergott said she enjoyed the experience and the chance to run alongside strong competition.

“It was fun to see it at a higher level,” she said. “I was honored to represent my school there.”

She hopes to return to the state championship next year.

“Overall, it was substantially better than last year,” she said. I met all of my goals. The main goal was to get to states and I accomplished that. I couldn’t have done it without my awesome coaches.”

Mergott placed sixth overall during the Bayside Conference championship and 16th in the 3A South Region meet, which advanced her to states.

Stigler said he was pleased with the cross country season overall.

“I think the season went pretty well and we saw a great deal of improvement from August until now,” he said.

The girls’ team finished in third, while the boys’ squad came in sixth during the Bayside championship.

The male and female runners who finished in the top 15 of their races were named to the All-Bayside Conference teams. Mergott (sixth) and sophomores Sam Woodley (11th) and Tristan Dutton (13th) received Bayside honors.

He named Mergott MVP for the girls’ team.

“I think that Mary improved tremendously throughout the season,” he said. “She has worked very hard and it has paid off for her in the championship meets. It was an accomplishment for her to qualify for the state meet.”

Woodley was named MVP for the boys’ squad.

“Sam had a really good season. He improved a great deal this year and it paid off when he made the All-Bayside team,” Stigler said. “He is only a sophomore so hopefully he will continue to improve moving forward.”

“Ellie and Mikayla are seniors in our top seven girls and Austin was a senior in the top seven for boys, so we will have some gaps to fill [next year] for sure, but we have a pretty young team overall,” he said. “I think we have some good runners returning overall and both teams have a chance to take a major step forward next year, but it will be dependent on the work that we put in between now and next year, specifically on the track.”

Many of the cross country runners plan to participate in indoor track, which begins today, Nov. 15, including Mergott.

This will be her first time participating in indoor track. She also plans to compete in outdoor track in the spring. Last year she played basketball in the winter and lacrosse in the spring, but this year she wants to focus more on running, she said.

Partly cloudy skies in the morning will give way to cloudy skies during the afternoon. High 46F. Winds NE at 5 to 10 mph.