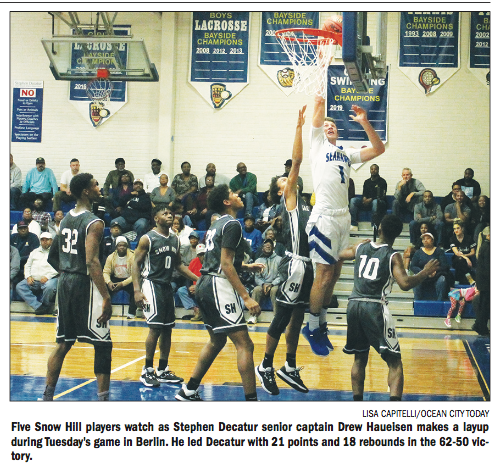 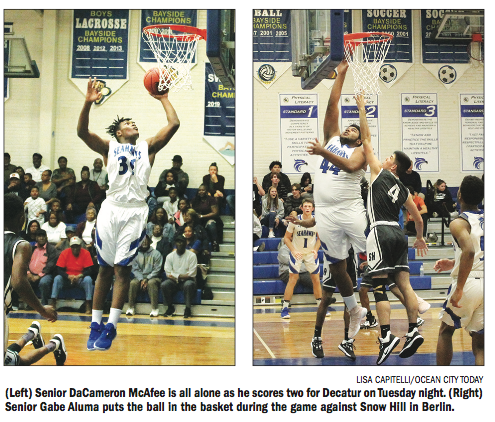 “We got off to a slow start, I think because it’s always a rivalry between us and Snow Hill,” said Decatur Coach BJ Johnson. “Once we found our rhythm, we started to play better.”

The first two minutes of the game were scoreless. Then, Decatur went on a 6-0 run. The Seahawks led 14-10 at the end of the first quarter.

Decatur scored 16 points in the second quarter and held Snow Hill to eight. The home team went into the halftime break with a 30-18 advantage.

After three quarters, the Seahawks led 42-30.

“Defensively, our game plan worked. I thought our kids executed. I think offensively, we’ve got to be better,” Johnson said. “We had a good lead at halftime and that gave us some cushion. Snow Hill went on a run, but we were able to withstand it and finish the game strong.”

“They played a great game of taking care of the ball,” Johnson said of the pair.

Decatur will host the Crisfield Crabbers on Tuesday at 5:30 p.m.