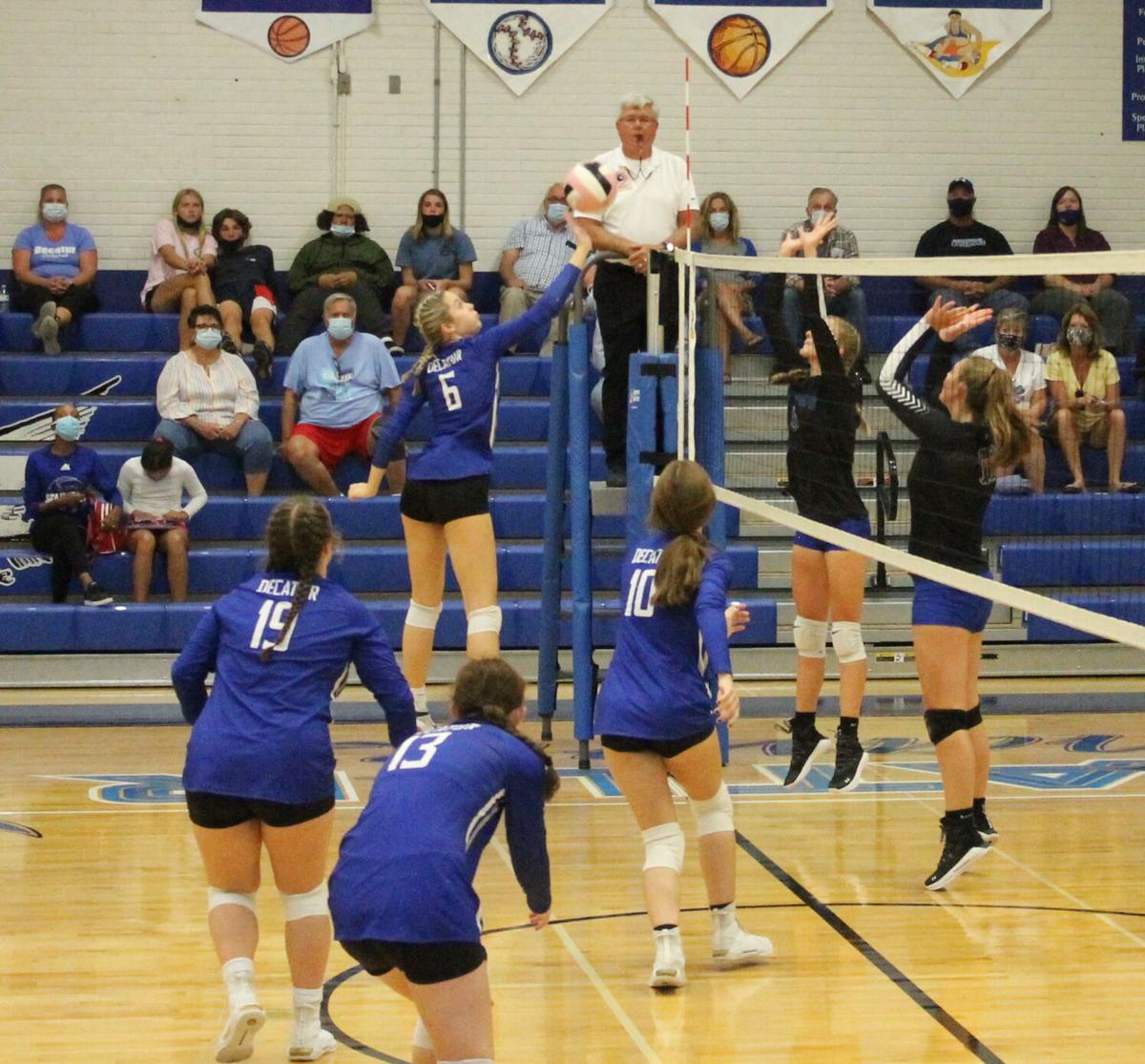 Stephen Decatur junior Sydney Patrick pushes the ball over the net during Monday’s match against North Caroline in Berlin. 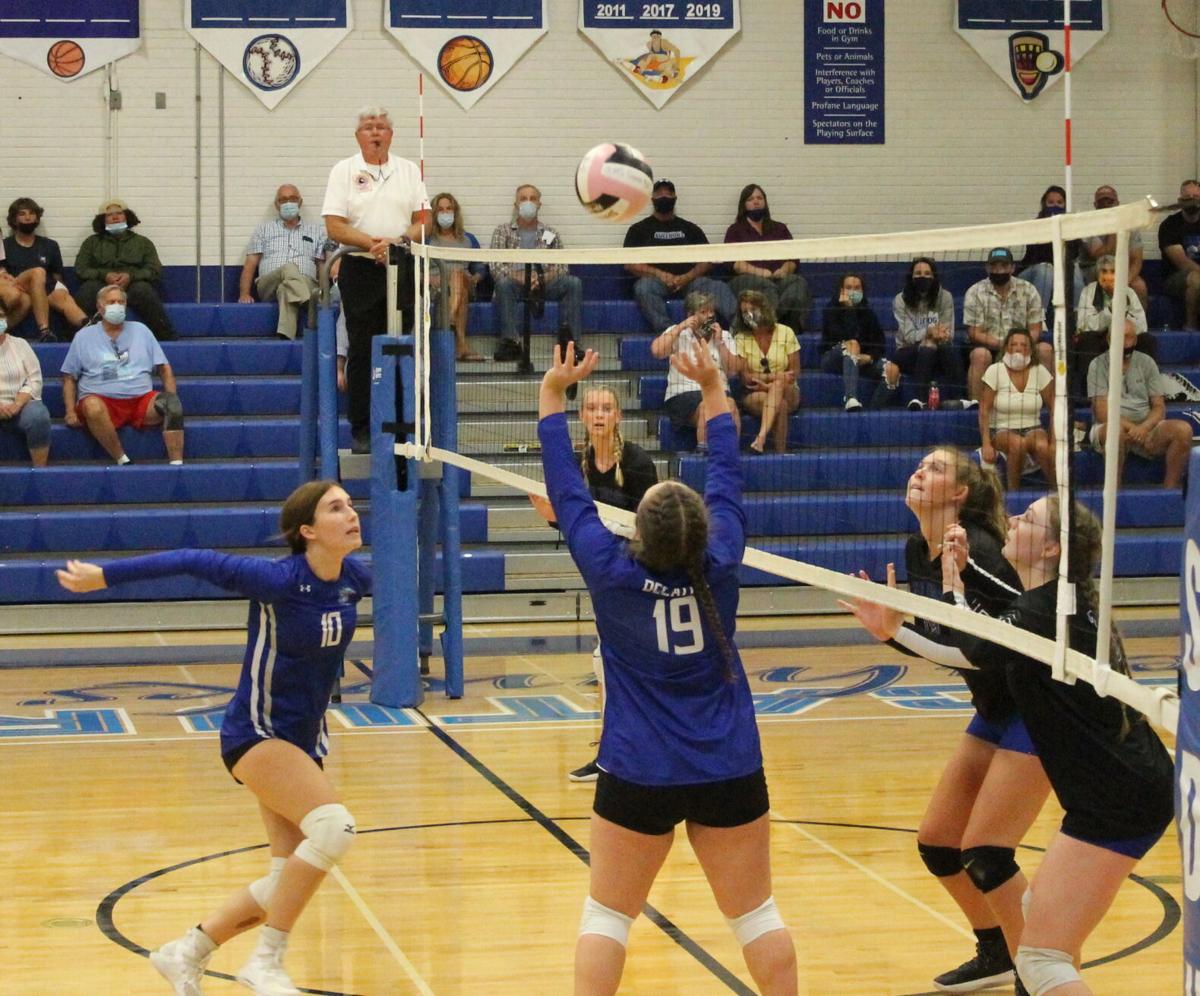 Stephen Decatur junior Sydney Patrick pushes the ball over the net during Monday’s match against North Caroline in Berlin.

“The girls did a good job staying focused and controlling the ball,” said Decatur Coach Sara Patrick. “Our serving has improved and we did a great job covering behind the block. I am proud of the girls for staying undefeated for another week.”

After falling to the North Caroline Bulldogs three games to one on Monday in Berlin, Decatur bounced back with a 25-23, 25-10, and 25-23 victory on the road over the Snow Hill Eagles on Tuesday.

“The girls pulled out a win against Snow Hill to remain undefeated in the Bayside South. Our serving continues to give us some trouble, but we are improving our kill percentage,” Coach Patrick said. “Not only are we working on being more aggressive at the net, but we are trying to make the smart hits to the holes on the other side of the net … I am confident the girls are ready for the challenge.”

Decatur will host the James M. Bennett Clippers on Tuesday and the Pocomoke Warriors on Wednesday. Both matches are scheduled to begin at 5 p.m.

The senior Seahawks will be recognized on Wednesday.