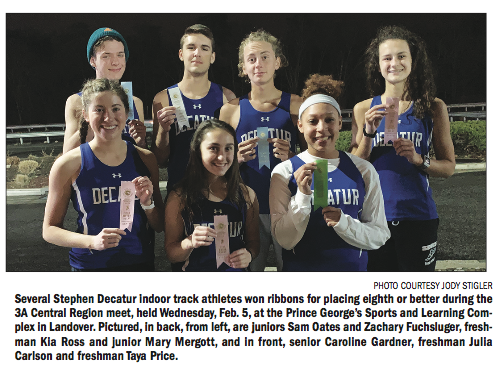 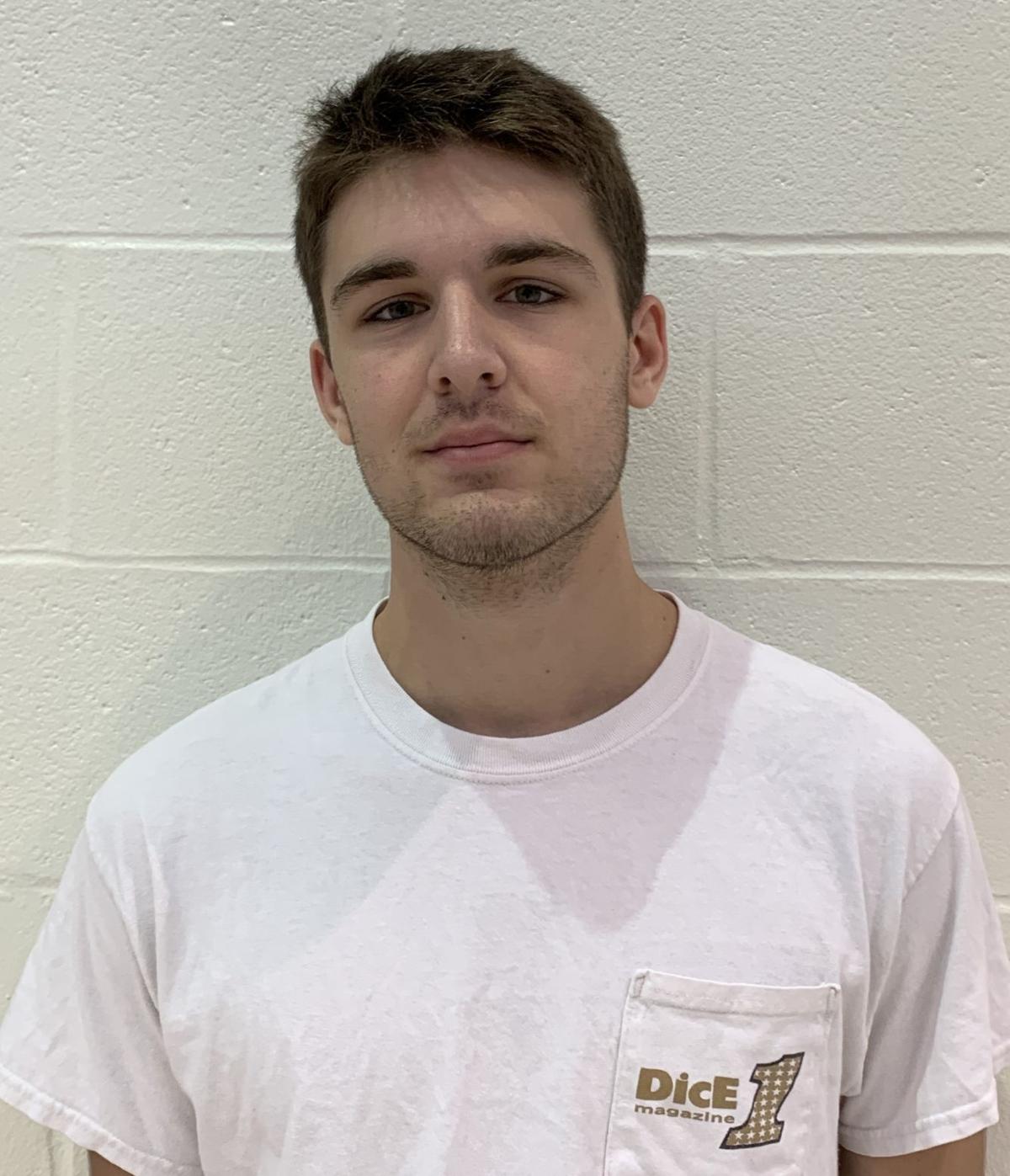 (Feb. 14, 2020) While several Stephen Decatur indoor track athletes won ribbons for placing eighth or better during the 3A Central Region meet, held Wednesday, Feb. 5, at the Prince George’s Sports and Learning Complex in Landover, only one has advanced to the state championship.

“Regionals went well. I think we did overall about what I expected,” said Decatur Coach Jody Stigler.

Over the years, Decatur has traditionally participated in the east region. This season the school was in the central division.

“The central region was comparable to the east,” Stigler said. “The east may be a little stronger in some events and the central in others. It also varies from year to year.”

Decatur junior Zachary Fuchsluger placed the highest during regionals. He finished in third place in the high jump, recording a height of 5 feet 6 inches.

Fuchsluger will be the lone Decatur representative at the 3A state championship, slated for Tuesday at the Prince George’s Sports and Learning Complex, beginning at 4 p.m.

Although he thought he could have done better, Fuchsluger was pleased with his overall performance at regionals.

“I was a little nervous. Overall, I liked how I performed in only my second time at regionals,” he said.

Fuchsluger said he has jumped 5 feet 6 inches consistently all season. He made the height on his second attempt at regionals.

Fuchsluger was close to getting 5 feet 8 inches, but just came up a bit short.

“Just little mistakes … just little things I need to fix and clean up so I can get higher,” Fuchsluger said.

He also said he underestimated his high jump abilities.

“After the first round I realized I could compete. We were all on the same level,” he said. “I didn’t realized how good I was doing until it was down to three of us.”

Once everyone attempted 5 feet 6 inches, there were only three competitors left, Fuchsluger said, so he knew he was going to states.

“I was really excited,” he said.

He was able to pick up some tips, talking to some of the other high jumpers during regionals and watching their technique.

“A lot of it came down to speed and how fast they run up to the bar,” he said.

This will be his first time competing at states. Fuchsluger said he is excited, but also a little nervous because he doesn’t know what to expect.

His goal is to high jump at least 5 feet 6 inches. He would love to clear 5 feet 8 inches.

“I need to stay calm and not get nervous,” Fuchsluger said. “I’m grateful to be able to go.”

“I think Zach had a good year and really improved from beginning to end,” Stigler said. “We are going to be working on some minor technical tweaks between now and next Tuesday.”

To be successful at states, Stigler said Fuchsluger can’t get overwhelmed by the moment.

“The starting height will be higher than he is used to and the competitors will be challenging, but he needs to focus on what he is doing and work toward obtaining his PR at the state meet,” Stigler said. “I told him that I would be happy if he gets his PR regardless of what place he gets.”