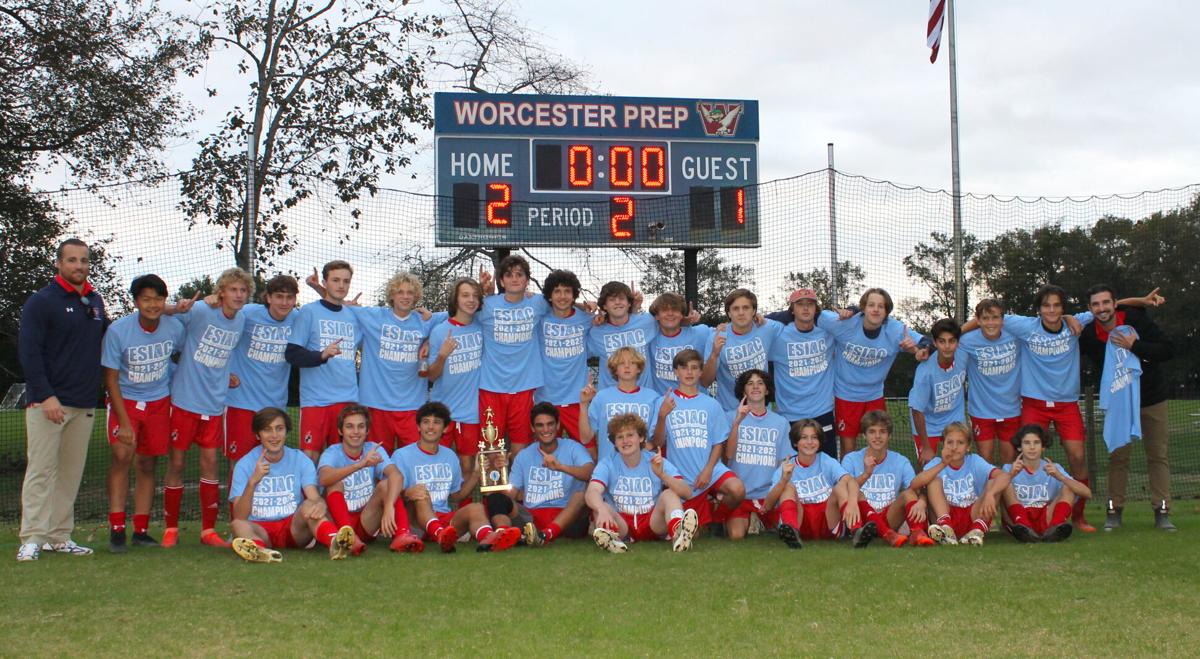 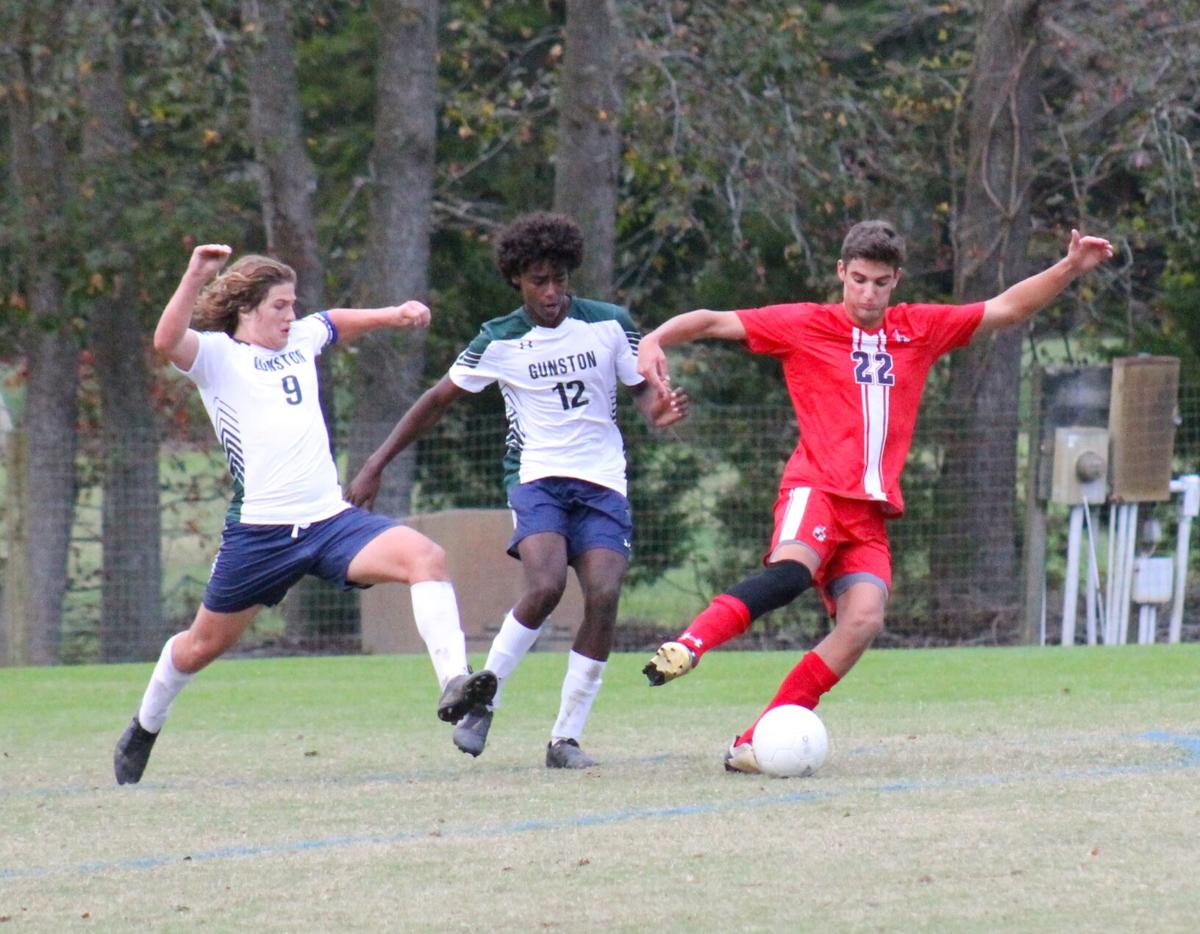 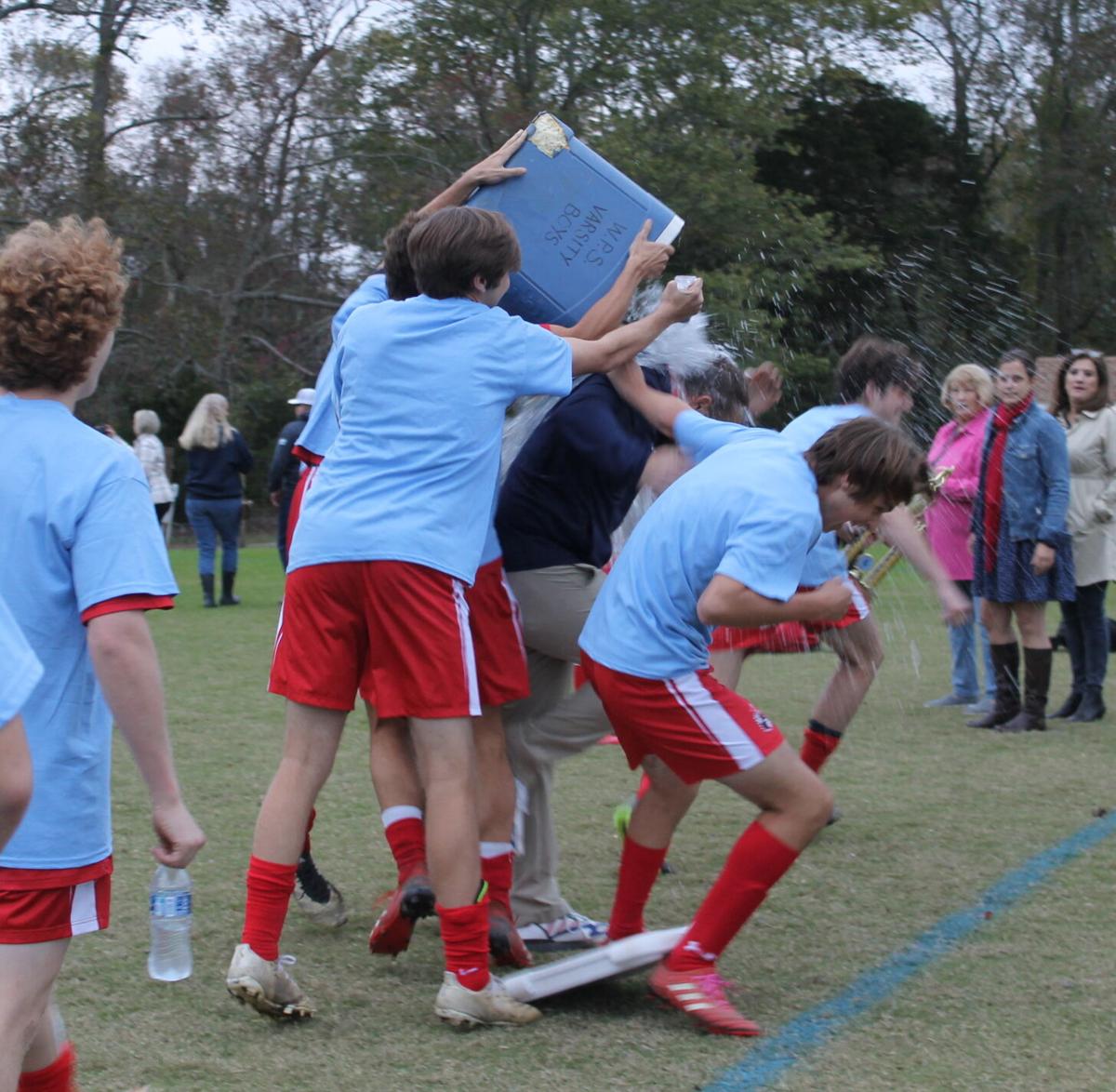 “Seven in a row, and the boys really wanted it,” said Prep Coach Jon Adkins, who was soaking wet after his players dumped the water cooler on him to add to the celebration. “They played a great game. Gunston’s a tough team, a much improved team. Second half was much better than the first half, but that’s been the story the whole year. We play better the second half.”

Junior captain Jack Gardner, who played in the goal for Worcester until the last few games, put his team on the board at the 28-minute mark.

Gunston tied it up about 10 minutes later.

Worcester kept the pressure on in the second half and was finally successful. Sophomore Dylan McGovern crossed the ball and senior captain Brice Richins headed it into the goal with about eight minutes remaining in the game.

“It was awesome. Super exciting,” Richins said. “Dylan played a great ball to me. I just had to put my head on it to put it in. He’s done that all year. He plays it to me from the wing – either on the ground or the air –and I score. He knows I’m there.”

Freshman goalie Dillon Scopp came up with some big saves to keep the Mallards in the game. He finished with eight saves.

“I think the second half we just dominated possession. We had a lot more chances and Dillon Scopp made a couple great saves in goal. He did a great job for a freshman goalie,” Adkins said. “Possession was key and we got lots of chances. Corners was a big part of the day too. We strived for that at halftime to get more corners and we were very threatening on corners against them.”

Worcester finished the season with 12 wins, two losses and one tie.

The team was presented its championship trophy at the end of the game and All-ESIAC team players were announced.

Richins was also named ESIAC Player of the Year.

“It’s great, but it’s all from my teammates,” he said. “The bigger accomplishment is winning the championship.”

The team will only graduate five players, so the program should be strong next season.

“The future’s bright. We’re losing a lot of key guys, but only five seniors, so a lot of guys will be back, a lot of talent,” Adkins said.

Partly cloudy skies during the morning hours will become overcast in the afternoon. High 43F. Winds NNW at 5 to 10 mph.