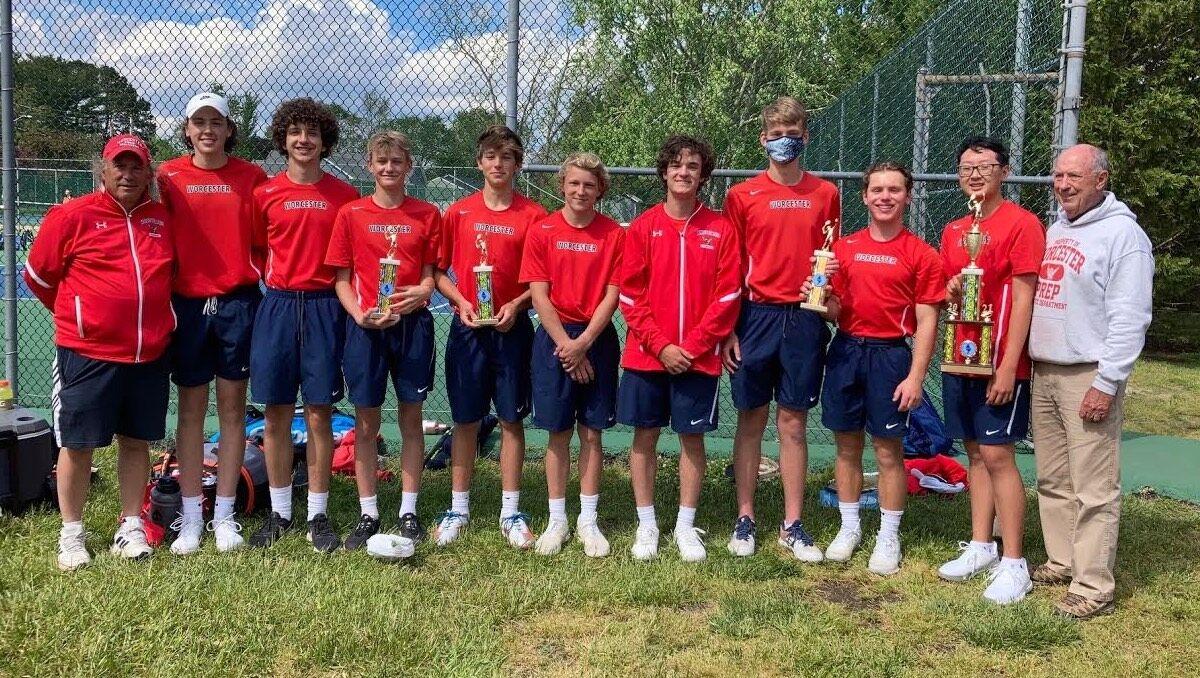 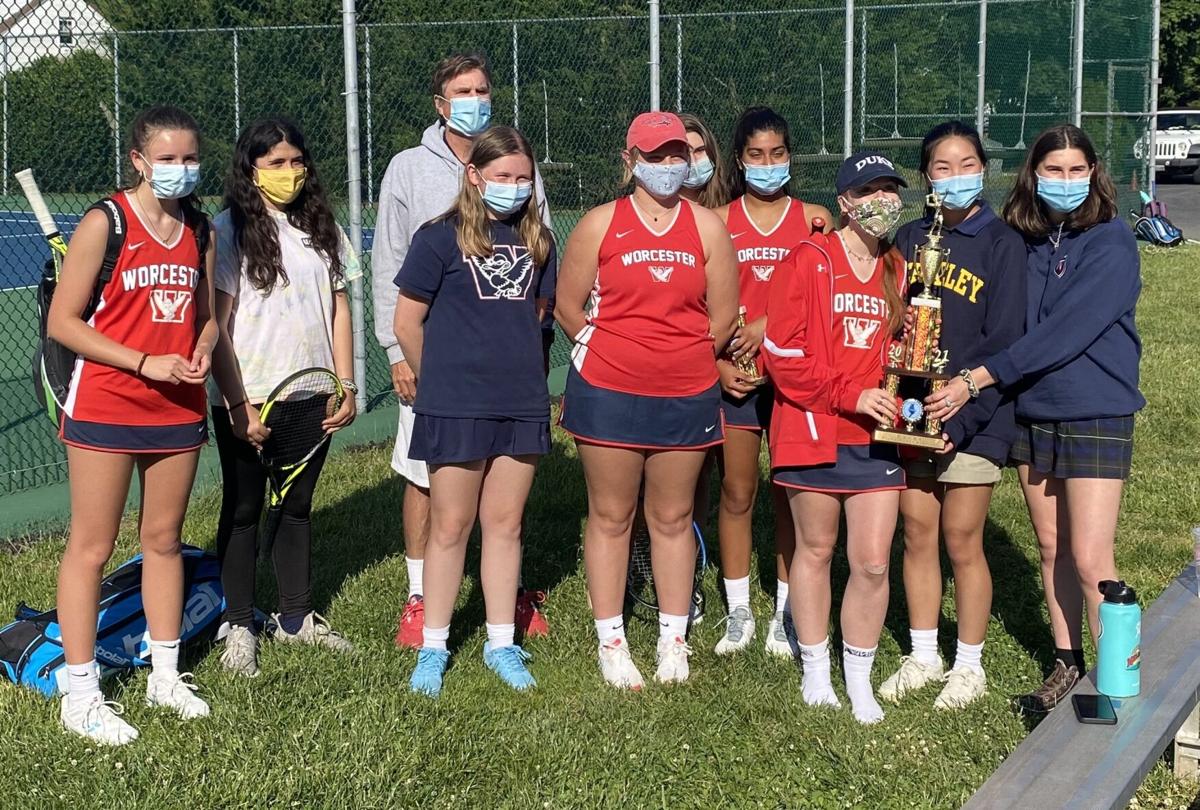 The tournament began on Saturday, May 8, but because of storms rolling through, the event wrapped up last Tuesday on Worcester’s courts in Berlin.

The girls often practice together, so they know how each other plays, Coach Thomas Johnston said.

“They both played well. It could have gone either way,” Johnston said. “They were equally matched and both were undefeated throughout the season. Sumira has a little more experience. I was really proud of both of them.”

Johnston said he was impressed with Sehgal’s mental toughness after breaking a string during the match. She didn’t have a second racquet so she had to borrow one from a teammate. Racquets have different string tension and for her to use one she wasn’t used to and not lose a step was impressive, he added.

Worcester’s doubles team of freshman Lebby Becker and senior captain Summer Walker earned an 8-0 victory over a team from Salisbury School in the finals.

“They dominated the finals. They were focused and played really well,” Johnston said.

“Ryan’s serve was on. He capitalized on getting his first serve in,” Underkoffler said.

Underkoffler said Brafman was able to keep Schwartz – who likes to come up and play at the net – back, which was what won him the match.

“It was a tight match, back and forth, early on,” Underkoffler said. “Ryan played his match and took away Joe’s.”

“All three of our doubles teams are strong. It just came down to who played best that day,” Underkoffler said. “Harrison and Riley could outserve [McCabe and Lewis in the finals] and that was the difference. Their service game was stronger. They all played well and as a coach I was happy for an all-Worcester final.”

Sehgal and Brafman earned Player of the Year awards for winning the singles championships.

Both coaches were pleased with the season overall.

The Lady Mallards were undefeated, 8-0.

“The level of play got very high. They played smart and did a good job,” Johnston said, adding that he had a blast coaching the team for his first season.

“It was so much fun. I wish it lasted longer,” he said. “I learned a lot and hopefully they did too.”

The team will graduate a few starters, but a core group of underclassmen will return next season with a year experience under their belts.

“I thought we played well. We definitely improved throughout the season,” Underkoffler said. “We had some good competition [amongst the team members and opponents] which really helped too.”

The team will graduate four starters, but a good core group will be returning.